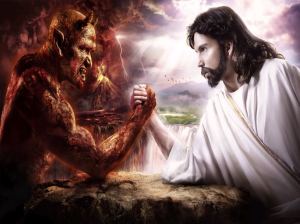 A word of explanation: Son is the 4th and final segment in a mega-popular, award-winning YA series by Lois Lowry. It is the direct sequel to The Giver and indirect sequel to Gathering Blue and The Messenger. The plot is too convoluted to properly summarize, but I’ll do a little bit here. Skip ahead if you already know what happens.

The Giver: Jonas is a twelve year old in the perfect-seeming “Community” where total equality and scientific balance determine every aspect of life. Men and women have equal roles decided for them based on aptitude when they turn twelve. People take pills to prevent strong emotions or hormonal urges. Color and music do not exist. Outside of the Community is Elsewhere, about which the people know nothing. Jonas receives the unprecedented assignment to work with the Giver, whose role is to hold all the painful memories for the Community. Through his time with the Giver, Jonas comes to see his idyllic home in a new light. Risking everything, he runs away, taking a doomed toddler, Gabe, with him. The book ends with their escape.

Son: Part One of Son is set in the Community at the same time, roughly, as The Giver. We follow, Claire, a fourteen year old “Birthmother.” She is one of the girls whose shameful role it is to give birth to the babies who are immediately taken away to a “nurturing center” and finally assigned to a parent pair at age one. Through a set of coincidences and her own determination, she discovers that her son is Gabe. When Jonas runs off with Gabe, she jumps impulsively on a boat to escape. Part Two of Son continues in an isolated fishing village where Claire has washed up on shore. Part Three takes place in the new and happy village where grown up Jonas and young Gabe live.

I read The Giver, a YA novel by Lois Lowry, when I was nine or ten and it blew me away. Jonas’ journey out of the dystopic Community echoed my sense that an obsession with group harmony and protecting people from “bad” feelings produces a world of tyrannical sterility. Lowry’s metaphor applies aptly to controlling parents, religious hegemony, conformist-obsessed peer groups and the very American desire to rub the sharp edges off of every object a child is likely to encounter. It also serves as an ushering into adolescence where every event inner and outer will be more strongly felt and more difficult, where changes will occur that make it impossible to look uncritically at one’s childhood, sacrifices will be made–and all of this will be rich and full of meaning.

While perhaps not appropriate or truthful for all kids, for many these lessons resonate. They certainly did for me. As a kid who was different in a lot of ways, it was an affirmation that my sense of not belonging was truthful and valuable, and that, while I might suffer for it, it would never be worth exchanging difference, curiosity and the full range of human experience for the safety of groups that demanded sameness.

What disappointed me somewhat in Gathering Blue and more in The Messenger coalesces in Son. The first section is comparatively strong, bringing us back into the Community of The Giver, but this time from a more disillusioned, female adolescent perspective. The Community has been rich territory for Lowry, allowing her to explore the contradictions of protection/harmony/belonging versus oppression/silencing/invisibility that are, as in real life, fraught with subtlety and loyalties and doubt. However, in Son, our protagonist, Claire, does not experience any of the slow disillusioning that Jonas went through in the Giver. We never see her fully convinced by the show and when it’s time to act against the rules, the entire episode is fogged over by lost memory. Since Claire is basically uncomplicated by contradictory desire (as Jonas so richly was), her triumphs of “healing” in the second of the three parts, are written as, and feel, minor, trivial.

Claire’s only impossible-seeming struggle–the only that causes worry for the reader, is little more than a writer’s cheap trick. *Spoiler Alert (til end of paragraph)* Moving from sci-fi to fairy tale in the space of a hundred pages, Claire encounters a stinky but pristine looking man in a shiny black suit and greasy black hair who places a terrible spell on her. (Not the devil! I thought, but hope dies hard.) In the end, it’s Claire’s stubborn but pure-hearted son, Gabe, who will overcome what he recognizes as not a person but a force of total Evil. “I cannot kill anyone!” he cries–and it is this insistence on goodness (or humanity) that does defeat the monster.

Nevermind that the two Elsewhere communities of the second and third acts actually seem to embody an almost equal degree of conformity to the sterile world from which Claire comes. Nevermind that both seem to hearken back to an idyllic and idealized rural Europe of the sixteenth century. Nevermind that everyone is straight and white, all babies giggle happily, the children all well-mannered, married couples gaze at one another with adoration and neighbors share all. Nevermind that if anyone does go without, then they are polite enough not to make a fuss about it. The really sticky bit of undoing here is the fact that the very subtle, recognizable and human violences of the Community have been swept away in favor of a ho-hum devil, a force external to the human heart and easily avoidable so long as one follows by society’s simple moral code.

It’s as if over the course of the the last three books in the quartet Lowry has been trying to undo the potentially subversive message she set loose in the first. As a result, her final society–a utopia that has literally banished Evil–might well be the makings of the culture from which Jonas risked his life to escape. It will take another and more courageous Jonas (another and more courageous writer) to run away from this Community and in doing so, expose the folly of oversimplication, of claiming that oppression and cruelty can be vanquished by little more than resisting “temptation”. For while we might like to flatter ourselves that our best and most “honorable” intentions–to protect, to get along, to promote our high values, to iron out the wrinkles–will produce honorable results, the fact is that these intentions have often harmed, killed, destroyed ways of life, neutralized ecosystems. Perhaps someone should remind Lowry that if banishment of pain is what her original dystopia was built upon, the solution may be not to bar the doors tighter (now against “bad” intentions: selfishness, vanity, greed, instant gratification, etc.), but to invite in the other, the shadow, the loss that pairs with love. It’s what Jonas did at the end of the Giver and it’s what teenagers often discover: that the biggest learning comes of engaging from the unknown–of ourselves and of the world. If we decide in advance what “evil” looks like and that it has nothing to do with us, then not only may we miss out on finding our own path if it is a “different” one, but we will certainly lack the skills to address the subtle, tangled, often contradictory dilemmas of real, adult life.